I moved to a new apartment last June in the middle of the hottest week of the year in Arizona. If you’re a booklover, you know what a herculean task it is to pack up your library of books into boxes. And after a while, it feels like you’re lifting piles of bricks instead.

Along with all my artbooks, reference and fantasy novels, I’ve amassed a huge amount of sketchbooks and journals, some of which I haven’t looked at in years. In the middle of this move, however, I couldn’t help but open a few of these for old time’s sake—and I found a lot of old prep sketches and color studies for fantasy paintings that I’d done in the ‘90s and early 2000s, which I’d dutifully Elmer's-glued into blank books to preserve them. 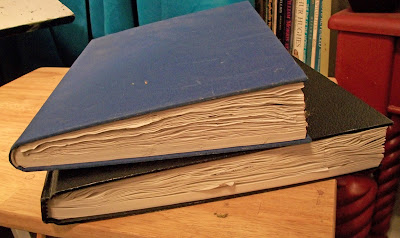 Before I get to the more recent projects that I’ve done over the past year in this blog, I thought it might be fun to take a look back at these early illustrations and the scribbles and messy painted photocopies that led to the finished artwork. 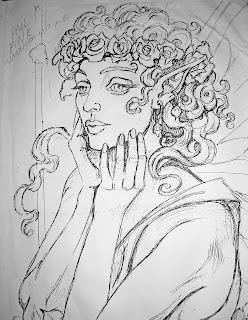 When I prepare for a color painting, I do several preparatory "studies"—which sounds like an awfully sophisticated way to describe just making photocopies to shade and color. I doodle a rough sketch, then make a cleaner sketch which I then take to a place like FedEx Kinko's to enlarge and make more copies on which to paint.

I then take the enlarged copy and put it on my lightbox to trace onto the nicer illustration paper. (Usually bristol paper, vellum surface, or hot press watercolor paper, which has a smoother surface—but has some tooth to it, so I can add colored pencils, chalks or pastels to the artwork.) When it's been traced onto the good paper, I usually first make more adjustments to the pencil drawing. 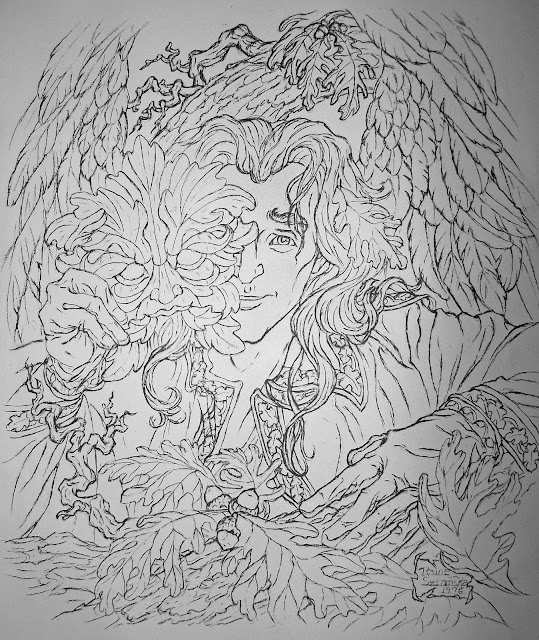 Now, this next part varies. Sometimes I take one of the other photocopies I've made and use a pencil to shade it in and figure out all the light and dark areas and shadows. 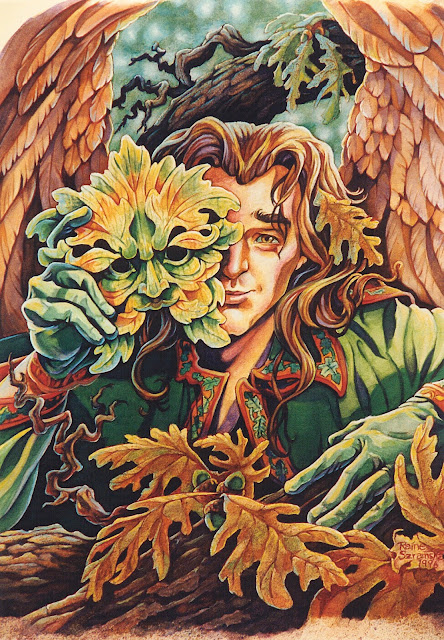 In later years, I've skipped this step and just shade right onto the actual drawing, but my early sketches do have a tendency to look like coloring book pages.

Ever since art school, I've been doing variations of seasonal fairies, whether as illustrations or just sketchbook drawings. I also like to experiment with enclosing images in box-like frames and decorative borders. 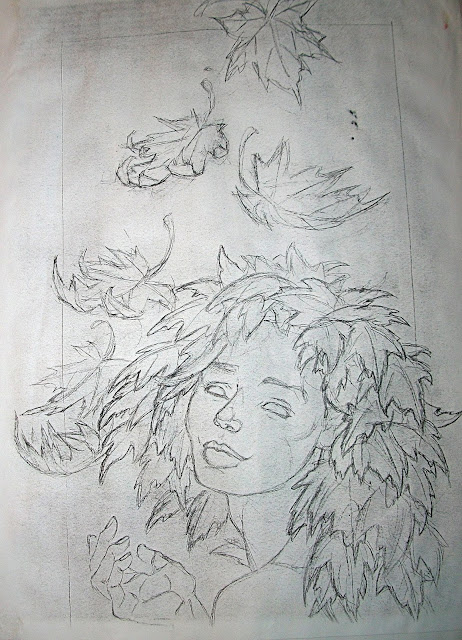 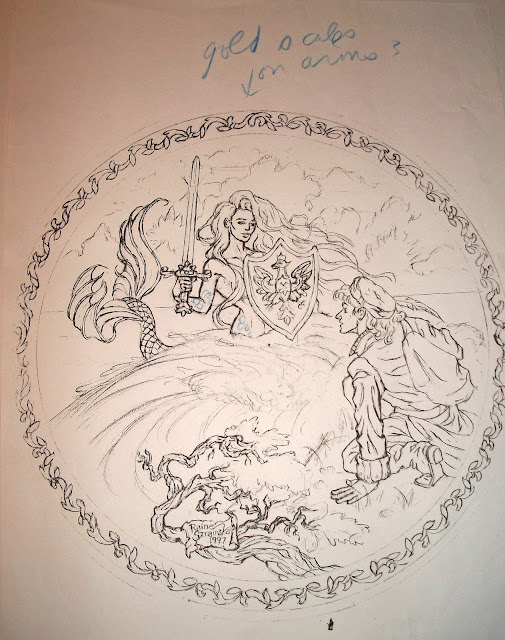 I think I need to do more circular pictures! In this case, I used a compass with an extension to draw the actual circle, but for smaller circles I use circle templates, even coffee can lids of different sizes. I once used a dinner plate because it was the right size. 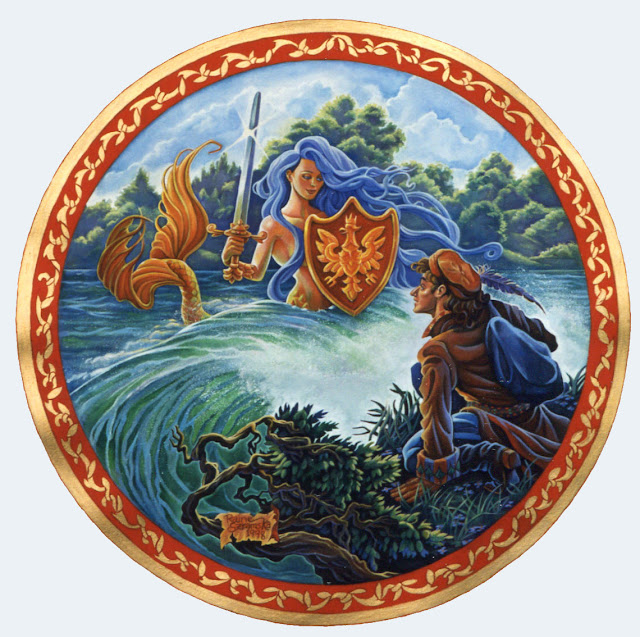 While we're on this theme, here's another mermaid painting and her original sketch. 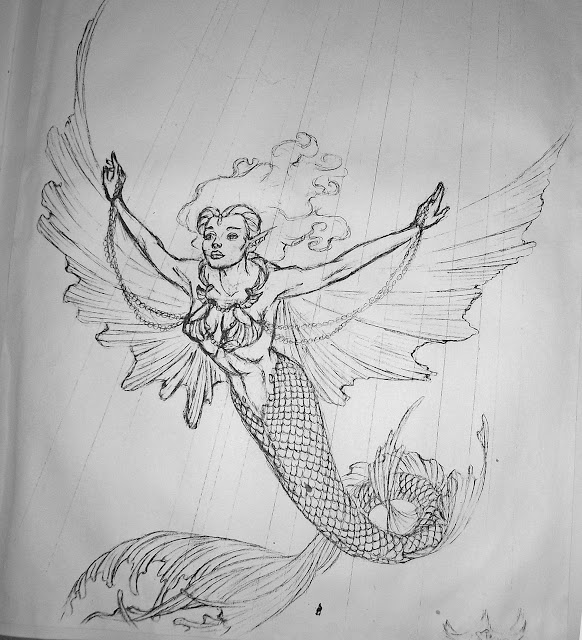 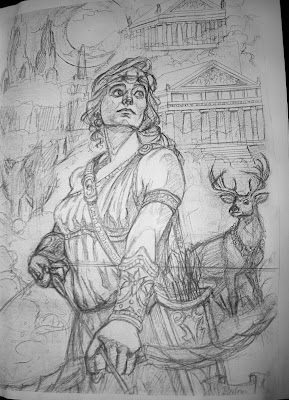 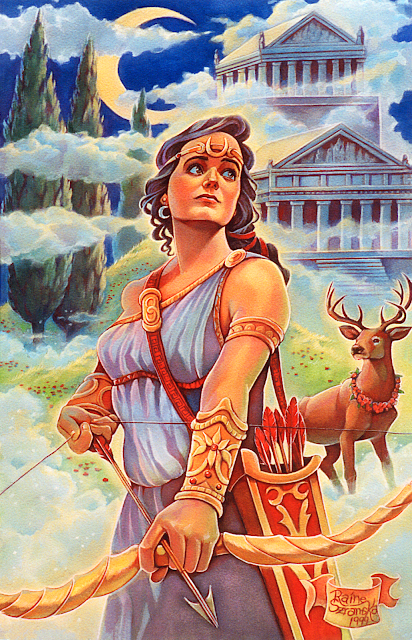 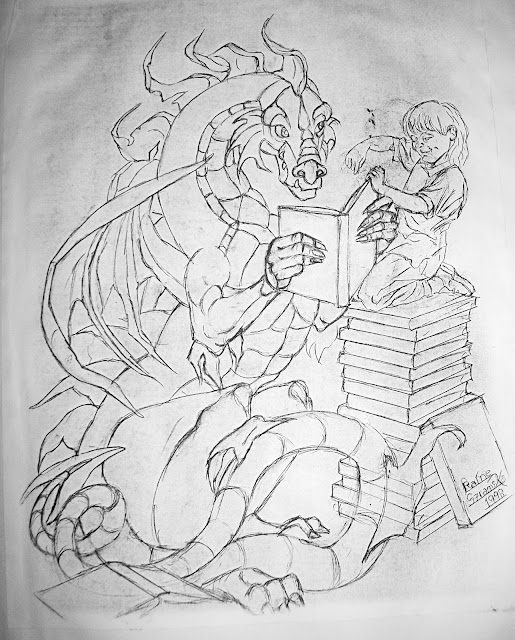 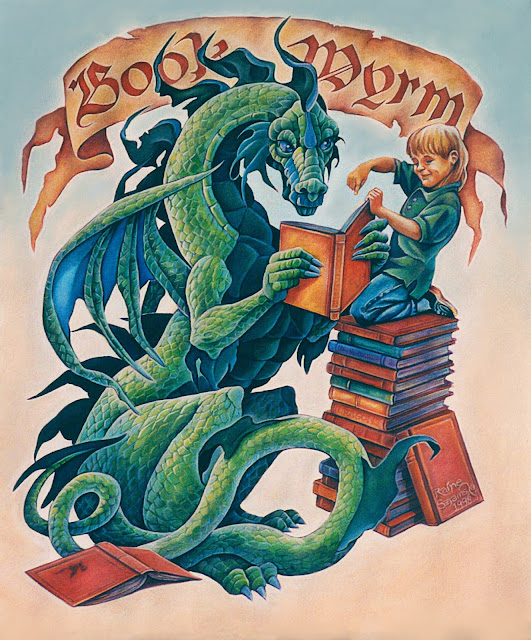 Above is Book Wyrm (from 1998.) This one I did for a bookstore and it now belongs to the mother of the little boy who posed for it. (The mother stood in for the dragon, heh.) The little boy is now about 6′4″, incidentally, and can now look the dragon in the eyes without the use of a stack of books.

One last picture for now until Part 2 of Study Time! 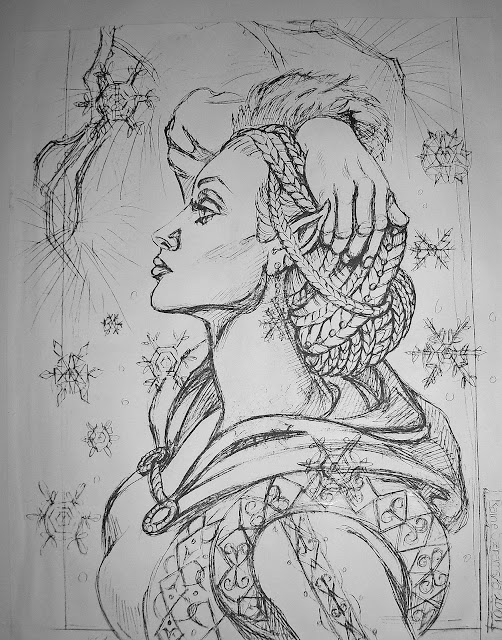 You'll see more early sketches and some of those color studies that I told you about earlier in this post. You'll see my messy painted photocopies and how I came up with the colors for these old illustrations.