Fan Girls and Their Animal Friends...

A few years ago, I did several fan paintings of some of my favorite comics characters. They were done as much for my portfolio as they were for the sheer fun of it. There are actually lots of comic book portraits I'd still love to do (along with an endless amount of other ideas for illustrations) but here are the few I managed to finish.

And please notice the gratuitous use of animals whenever I can fit them into a picture...

This is Wonder Woman in one of her many evolving outfits. I did like that they recently tried to give her breastplate straps (how amazingly practical!) as well as dark leggings, which I also sort of liked as well. However, both the straps and pants seemed have disappeared once more and she's back to bare legs and worrying again about her top staying in place while she thwarts evil-doers.

Actually, I'd love to do portraits of other super-heroines -- Storm, Black Canary, Catwoman, Emma Frost, the Scarlet Witch, etc., etc.  For fun, I'd love to do a picture of the old version of Supergirl when she still had Streaky the Super-Cat and Comet the Superhorse... 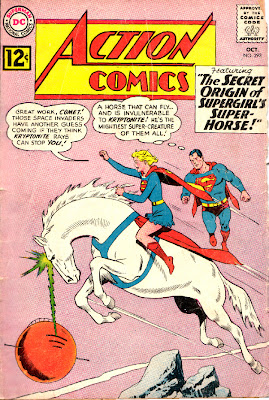 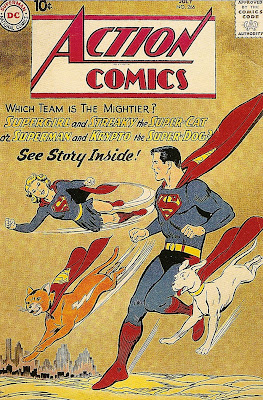 Every little girls' dream pets... and they come with their own capes. 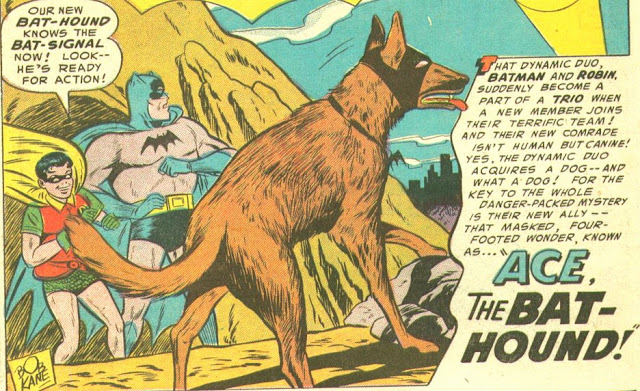 I just think poor Kate Kane needs a dog. Especially a dog who wears a mask
to conceal his secret identity to fight crime in Gotham City.
(I for one certainly wouldn't recognize him with the mask on...)

Oh, who am I kidding? I'll use any excuse to get an animal in a picture with the humans. 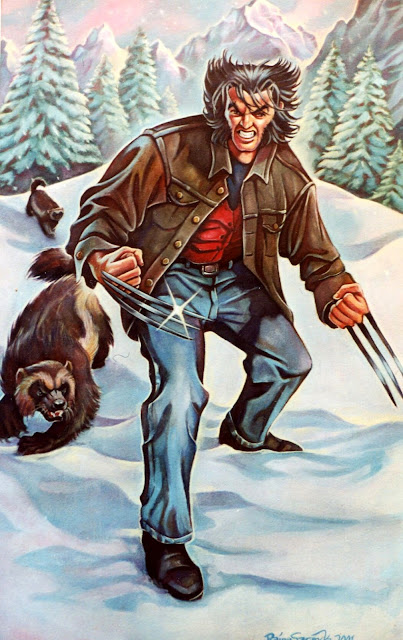 Because if you work in comics you're going to eventually have to do a picture
of Wolverine someday... It's inevitable.

And of course, if you're going to combine animals with superheroes, here's a no-brainer:
Animal Man. (left)

I loved the Grant Morrison revision of this character in the early '90's
and I even did a
few sample pages of penciling for my portfolio years ago. (I can drag those out for a future post if you really want to see them...)

But ten years later, I took one of the panels from those early sample pages and for fun, blew it up and turned it into this painting.
.


Actually the first comic characters I ever attempted were for my friend Matt, who is a big Neil Gaiman and Sandman fan. He commissioned me to do several members of the Endless, and although I never finished the whole family for him, I did get to have fun experimenting with the new medium I was working in (gouache.) ﻿﻿


Destiny was the roughest one to do because he isn't exactly the jolliest guy in comics. And trying to get the eclipse lighting was frustrating no matter how many astronomy photos I looked at as reference.

And here's my version of Zatanna the Magician, with brown hair as opposed to the  black hair she's usually shown with. Apart from looking a little like the young Kate Bush (intentional), she's a bit more cheesecake than I usually do. And that certainly isn't a bad thing.

(Speaking of magicians, I've always had a soft spot for Dr. Strange and wouldn't mind doing a portrait of him one day.
Oh, I'll find some sort of
weird Steve Ditko-esque creature to keep
him company, don't you worry...)

Later on, I became a fan of James Robinson's Starman series and started playing around with decorative borders, which I've recently become quite fond of using.
(Example: my previous blog post...)   ﻿
I was trying to give this one an Art Deco look in keeping with how the city in the comic looked. A former neighbor of mine posed as Jack by sitting on his kitchen counter and holding a mop on his shoulder.

Hey, you use what you can get.
For instance: 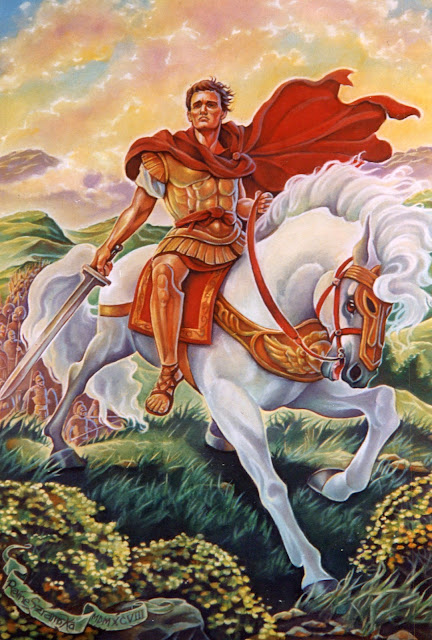 Not a comic character  but...

I did this picture for a former co-worker in exchange for his photographing some of my artwork for me. He picked the subject matter and wanted to pose as Caesar.

I took a reference photo of him sitting on a library cart (which became his horse) and holding an umbrella as his sword.

Back to Starman...While I gave Jack an Art Deco border, I gave his unlikely friend The Shade something older and creepier:

A former villain with power over shadows, The Shade was one of the highlights of the comic for me.

My painting of him sort of looks like a Victorian Fred Astaire on acid.


Speaking of the Victorian era, I did a steampunk cowgirl painting for an independent company in New Mexico called Opposite Numbers. It was for a comic called The Wonderverse and like my own Heaven and the Dead City,
one of its featured characters
was a tough cowgirl.
(There can't be  enough tough cowgirl characters in comics, I decided.)

Here I am playing with border designs again as The Wonderverse's character, Jane, visits London during the days of Jack the Ripper (right): 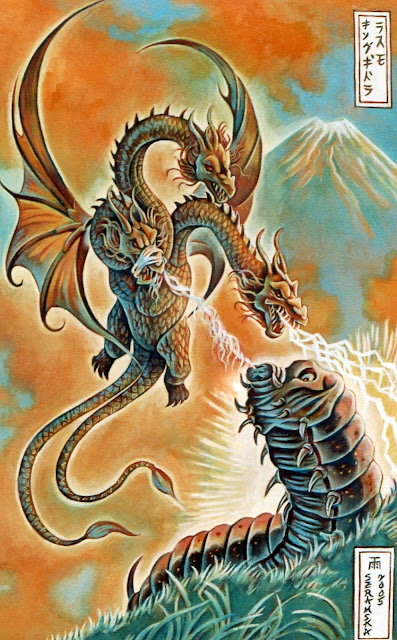 No animals in the few paintings above, but to make up for that I will share with you one last geeky fangirl tribute:


...From the Godzilla movies (of which I've been a fan since childhood.)


Hmm, I may do a future post on my own monsters and dragons someday...
Posted by Raine Szramski at 12:34 AM